This is my first trip to Bolivia, actually, this is my first tip to all of South America. After being here in La Paz, the capital city of Bolivia, for three days now, I already have the itch to go back, even though I haven’t even left yet.

La Paz lies at over 11,000 feet on the western slopes of the Andes. It sprawls over quite a large three dimensional area, with houses covering a large number of the incredibly steep hillsides. When I arrived at the airport I was immediately greeted by a swath of cab drivers offering me a ride. This is the one thing I needed to make sure, to get into an official taxi (so as not to possibly get robbed). My more than affordable hotel is right in the city center, with wifi to boot.

From here I get to explore the brilliantly colored textiles that are practically falling out of the permanent and pop-up shops lining the streets. I don’t think I’ll ever get enough of those colors.

Since I arrived just before Easter and with Bolivia being a mostly Catholic country I’ve been in for more than a treat. I have never had the privilege of witnessing a procession, but I have to admit it was quite moving to see.

Thousands of people were lining Santa Cruz Avenue, the main street in the city to watch as dedicated Catholics carried wooden statues on heavy wooden frames down the long street. The weight of these religious objects was more than apparent, but these cloaked men and women showed no sign of fatigue. Even more moving were the hundreds of people that followed the statues. When the road was blocked and the procession came to a standstill they at first waited patiently and then began to sing. I could feel the hair on the back of my neck stand up as their song grew in strength and unison.

If we could get that kind of following for the Andean Cat, we’d for sure be set. We probably can’t quite compete with the catholic church, but will do our best to win people over.

We are heading into the field tomorrow for over two weeks. Will report back after our return. 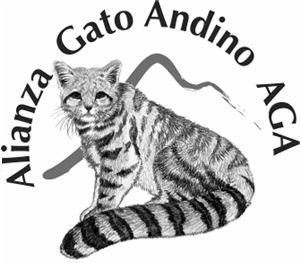 Donate and help researchers study the species! By donating to the Andean Cat Alliance you are directly helping researchers find out more about the ecology of the species. Then, let us know, as we are trying to raise 5,000 for the alliance through the Cat in Thin Air project.

MR. ANDES SAYS
Andean Cats are most active at night and at dusk and dawn.